a comedy by Rich Orloff

“Simply fun.  A laugh-filled trip back to when radio was king.”
Cape Cod Times

“This fast-paced comedy is a zany homage to simpler times, captivating on many levels.”
The Cape Cod Chronicle

RADIO RIDICULOUS is a comic homage to the Golden Age of Radio.  Designed to recreate the feel of an evening of old-time radio programs, RADIO RIDICULOUS is a fun theatrical event, with an acting ensemble holding scripts and playing a multitude of roles, and with the possibility of live sound effects and music.

The time is the late 1930’s.
The place is a radio studio.
RADIO RIDICULOUS brings you three great shows:

In this spoof of the classic radio suspense play SORRY, WRONG NUMBER, a “hopeless invalid” alone in her apartment faces nitpicking phone operators, an unsympathetic detective and two murderous thugs, resulting in the severe demolition of stereotypes.  (about 25 min.)

Inspired by the classic comedy teams of vaudeville and radio, the crazy duo of Willy and Wally Wacko wreak havoc on doctors, the upper crust, and everything they touch.  Sponsored by Flemner’s Fine Foods, whose motto is “Once you’ve tasted Flemner’s, you can’t taste anything else!” (about 25 min.)

In the style of radio anthology hours, this parody of both A TALE OF TWO CITIES and LES MISERABLES tells the tale of a French prisoner convicted of stealing pumpernickel, who escapes and reinvents himself, only to find himself in the middle of the French Revolution and needing the help of a brilliant but misanthropic British lawyer.  (about 50 min.)

RADIO RIDICULOUS premiered in 2019 at Eventide Theatre Company on Cape Cod, after well-received workshop productions at Workshop Theater Company in New York City, Island Players in Bradenton FL, and Seaside Rep in Seaside FL, often with live sound effects (everything from a creaky door and a galloping horse to a sword fight and a guillotine) and live musical accompaniment (performed on an electric piano set to sound like an organ).

“RADIO RIDICULOUS is a true crowd-pleaser, and it has had the extraordinary ability to draw many first-time visitors to our theater.”
Toby Wilson
Artistic Director
Eventide Theatre Company

“Audiences here loved Rich Orloff’s RADIO RIDICULOUS!  An expertly crafted comedy that keeps the audience laughing.”
Brook Stetler
Artistic Director
Seaside Repertory Theatre
“RADIO RIDICULOUS is a brilliant mix of high-brow and low-brow hilarity. The audience couldn’t stop laughing at one of the funniest plays ever presented at our theater.”
Jim Thaggard
Island Players
The show, suitable for audiences of all ages, has over 60 roles but is designed to be performed by an ensemble of 3 (or more) men and 1 (or more) women. 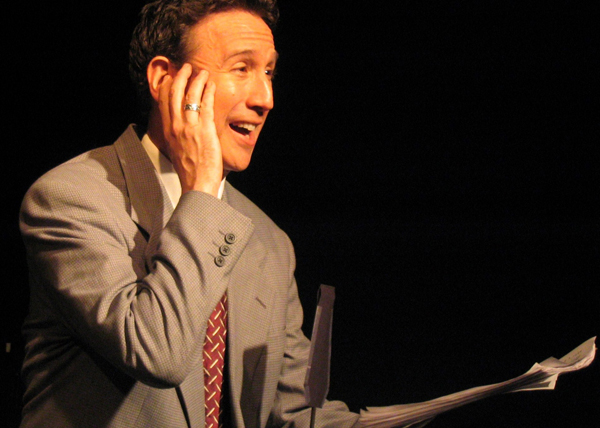 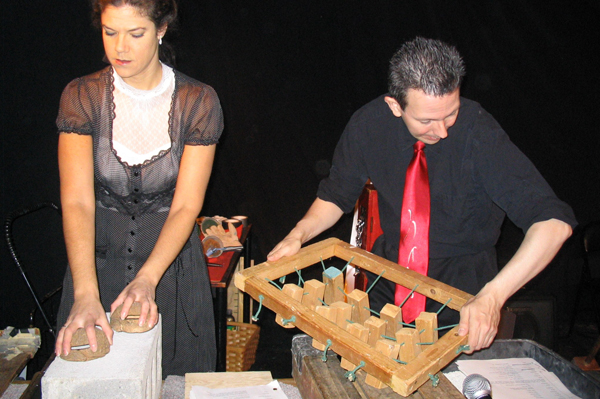 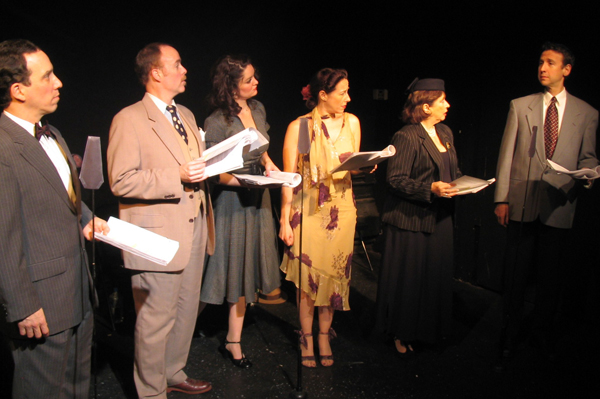 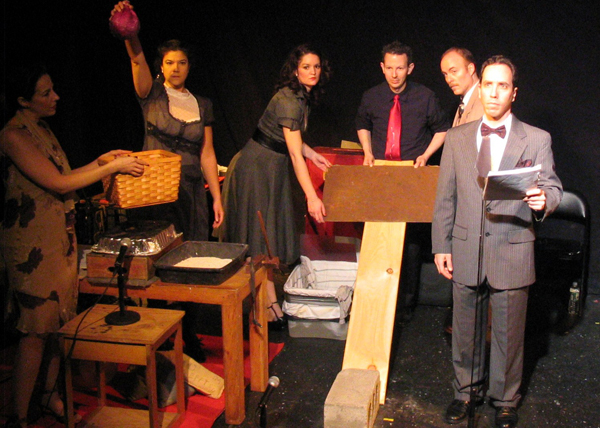