a play by Rich Orloff

“An entertaining and insightful evening”
– The River Reporter

“A provocative play. Masterfully done and worth seeing”
– The Times Herald-Record

“This timely work packs a lot in an engrossing way through the well-crafted dialogue of Rich Orloff.  Footlights (Theater) has hit a high point with this one.”
– Portland Press Herald

A two-character drama with humor, SHEDDING LIGHT begins at dusk on December 22, 1999, just before the millennium.  An African-American cable repairman of about fifty arrives in a Manhattan high-rise condominium apartment to fix the cable reception of a high-strung, Jewish woman of the same age.  What begins as awkward banter builds into increasingly challenging and personal questions about race and religion, both for the man, still recovering from old wounds, and the woman, who is having a crisis of faith after a traumatic year.  In its own quiet way, SHEDDING LIGHT is a play for anyone who is still looking for answers.

SHEDDING LIGHT premiered at the Newman Theatre in Pleasantville, New York, and has since been produced at Shadowland Theatre in the Catskills and at Footlights Theatre in Maine. 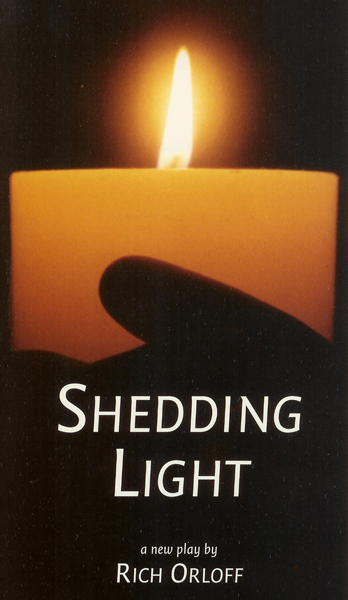