POOL PARTY is a collection of seven short comedies with aquatic themes, set in pools, rivers, swamps and ponds.  The plays have been produced both in theaters and swimming pools.  But you don’t need a pool – you just need imagination!

The plays, some of which are inspired by such classic tales as the Narcissus legend and “The Frog Prince”, vary in style from broad farce to sublime humanistic comedy.  The characters range from human beings (children, adults, and deceased) to frogs, primordial creatures, and a wise-cracking retired dolphin living in Beverly Hills.

POOL PARTY is designed to be performed by an ensemble cast of between five and many actors.

HEY, GOOD LOOKIN’ is a comic twist on the Narcissus legend, in which Narcissus not only admires his reflection but also wants to date it. (2 m., 1 w., and a Greek chorus)

In THE LATEST NEWS FROM THE PRIMORDIAL OOZE, a couple finds themselves at a crossroads when one of them is evolving more than the other – literally.  Voted Audience Favorite at the Acme New Works Festival in Boston, and a hit at theater festivals in New York, Chicago, Milwaukee, Rhode Island, Ohio and Minnesota.  Chicago Reader called it “a joy”, and New England Ahspot wrote, “The audience loved it.”  (1 m., 1 w.)

In FLIPPER’S COMEBACK, the agent of the world’s most famous dolphin tries to coax him out of retirement, but he’d rather float in his Beverly Hills pool. (1 m., 1 w.)

In THE ULTIMATE BATTLE FOR TOTAL CONTROL OF THE ENTIRE UNIVERSE, the playful skirmishes of a pre-adolescent boy and girl in a backyard pool lead to a battlefield neither has been before.  A hit in theater festivals in New York, Los Angeles and around the country.  Milwaukee Express wrote that the play “truly delights and captivates”, and Milwaukee Journal-Sentinel called it “the best”.  (1 m., 1 w.)

In THE TOTAL SPIRITUAL, a very confused and newly deceased person finds that the entrance exam to the hereafter is filled with trick questions. (3 either)

In POOL SERVICE, an unusual pool guy teaches a timid woman and an even more timid man that you have to risk sinking in order to get in the swim of things. (2 m., 1 w.)

THE POND NOT TAKEN finds a prince longing for the swampy pleasures of his frog-filled youth, which brings up deep fears of his wife, the princess. (1 m., 1 w., and a chorus of “frogs”)

The individual plays in POOL PARTY have been produced in play festivals throughout the United States, and also in colleges and high schools.

The full collection of POOL PARTY has not yet been produced. 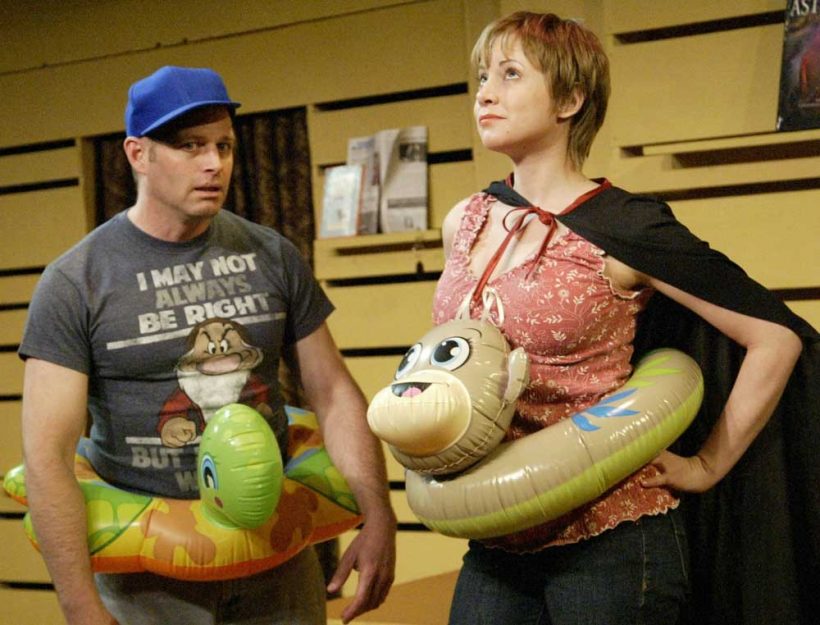 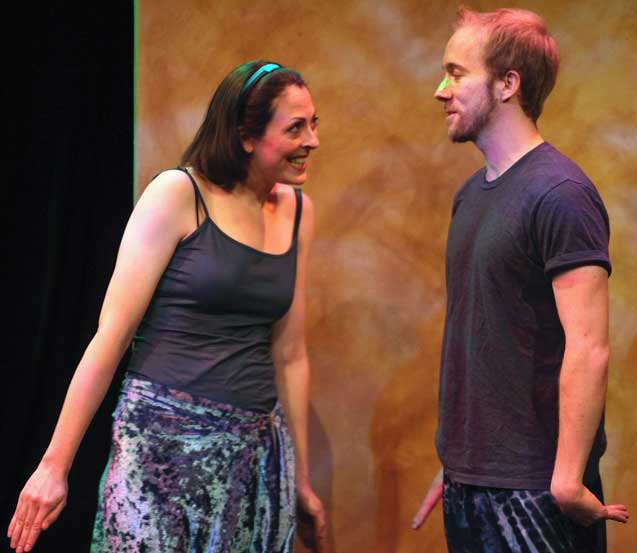 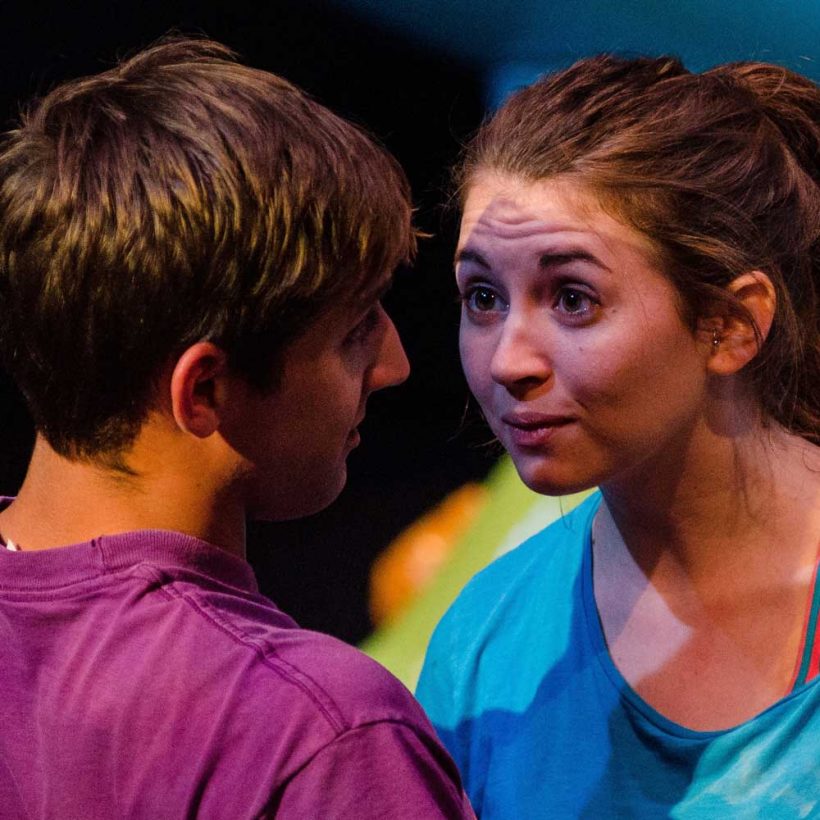 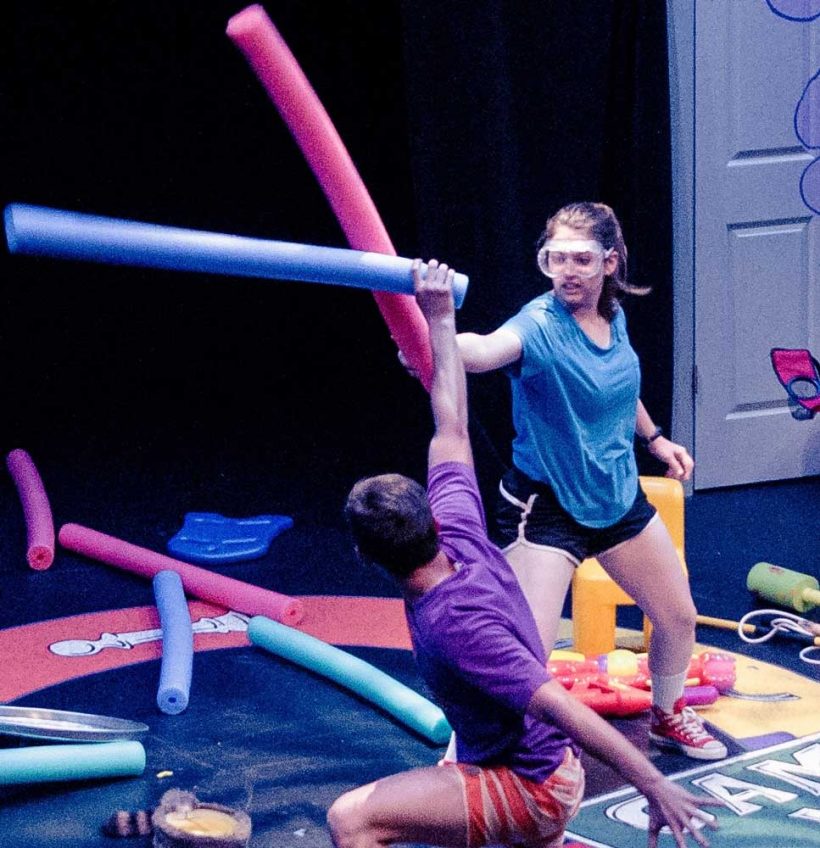 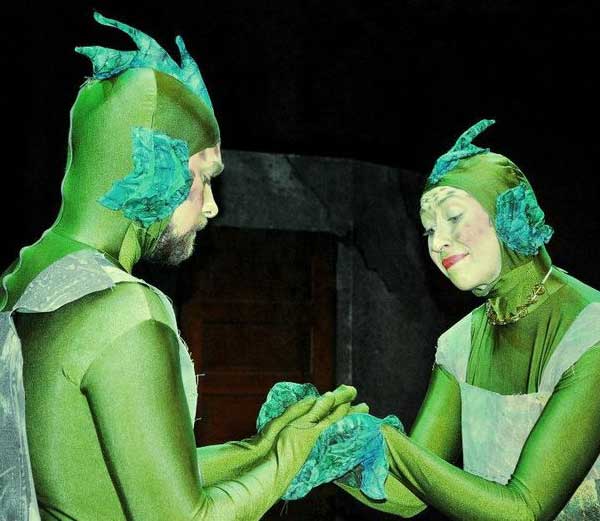 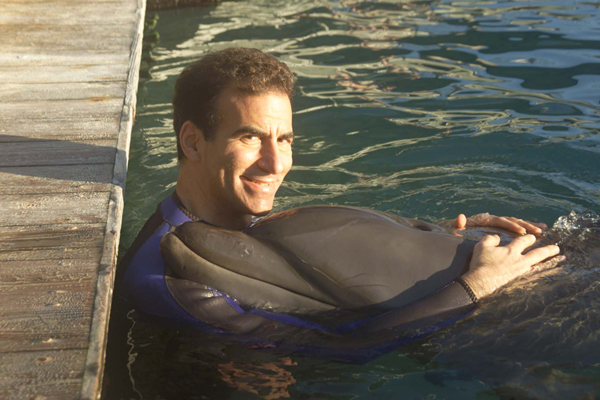