a comedy with chutzpah
by Rich Orloff

“Good laughs.  Highly entertaining. From some of these sketches you could kvell.”
– The New York Times

OY! is a collection of 12 (but for you, 13) short comedies.  OY! is a comic tribute to all things Jewish and all things human.  Although each sketch uses a story to illuminate the meaning of a Yiddish word, the comedy of OY! has entertained audiences of all backgrounds (and many of its sketches have been performed to acclaim at such short play festivals as Summer Shorts in Miami and Shadowbox Cabaret in Ohio).  A hit at over 40 theaters around the country (and one in Bulgaria), OY! can be performed by an ensemble cast of five or more on a simple set.

WORD PLAY – A non-Jewish employee joins a Jewish company and fears he won’t fit in.  His boss and co-workers offer him an education. (5 either)

GOOD NEWS FROM ALBERT – Although Einstein has just won the Nobel Prize, his mother is preoccupied that he looks like a slob. (1 m., 1 w.)

STEVIE GOLDSTEIN FACES THE DAY OF ATONEMENT UNPREPARED – Stevie’s parents face a problem not found in any parenting book: What do you do when your son tells you he hasn’t sinned all year? (2 m., 1 w.)

OY – In this tribute to the most colorful of all Yiddish words, three men in a steam room have a vibrant interaction with each other and life – using only the word “oy”. (3 m.)

MURRAY, LEO AND SOL REWRITE THE CRIMINAL CODE – Such scholars!  The three men in the steam room explore the concept of justice. (3 m.)

A TROLLEY NAMED TSURIS – In this hilarious parody of “A Streetcar Named Desire”, Stella and Stanley get a new neighbor who keeps poking her nose into their business. (2 w., 1 m.)

CLOSE CALL – At KvetchRadio, everybody complains – but the host won’t tolerate complaints about him! (3 m., 1 w.)

IS LUST KOSHER? – A Kosher couple discovers an imaginative way to arouse each other. (1 m., 1 w.)

COME LIGHT THE MENORAH – On Chanukah, an observant woman learns her sister is a lesbian – and dating a shikse!   When produced in New York’s Unity Fest, Off-Off Broadway Review called it “the strongest piece of the evening… pure magic onstage.”  (2 w.)

LAST-MINUTE ADJUSTMENTS – Moments before birth, a child has second-thoughts about leaving the womb.  But the team getting her ready won’t be stopped! (5 either)

Bonus play: WHAT MAKES A MAN? – Will creating an artificial man solve the problems of a 29 year-old loser still living at home?  (When do things ever work out according to plan?) (3 m., 2 w.)

“Surprisingly funny.  OY! gives an audience something to nosh on. OY! explores some universal themes and deserves a large and diverse audience.”
– The Detroit Free Press

“You don’t have to be Jewish to appreciate the wonderful humor of OY! Do yourself a favor and don’t miss OY!”
– Arlington Weekly News

“Quite funny. OY! reveals human truths as universal as they are humorous.”
– The Journal (Washington, D.C.)

“Good-natured fun. Each skit is as funny as the next.”
– In Theatre 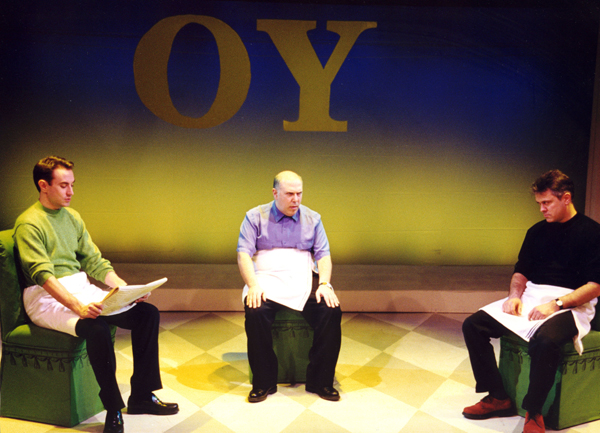 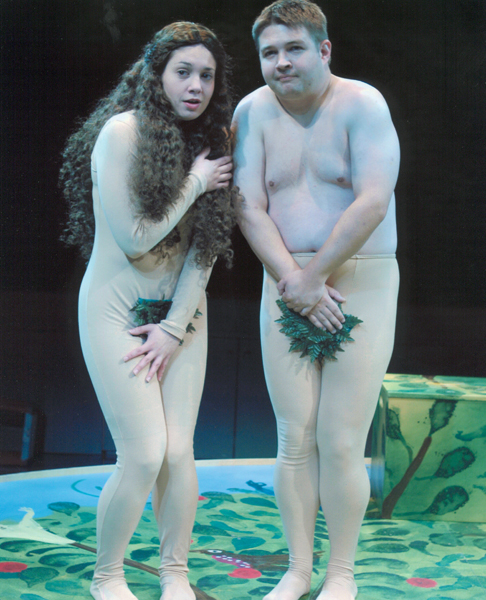 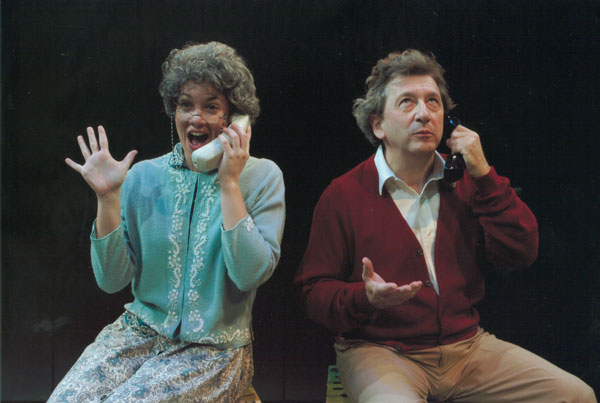 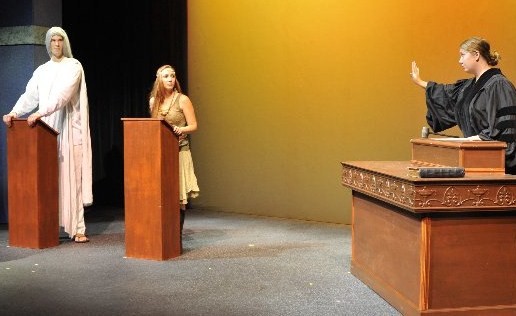 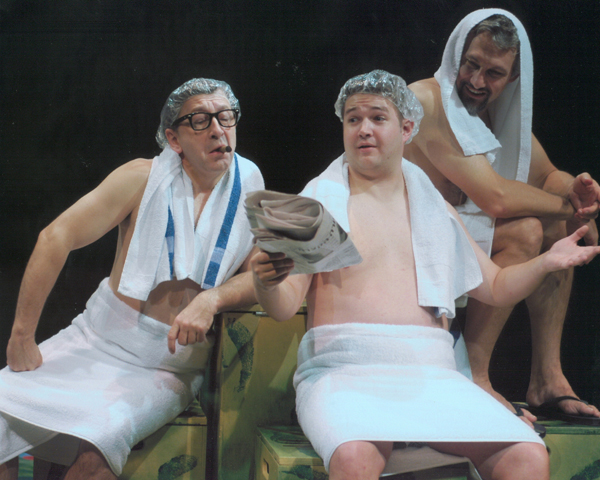 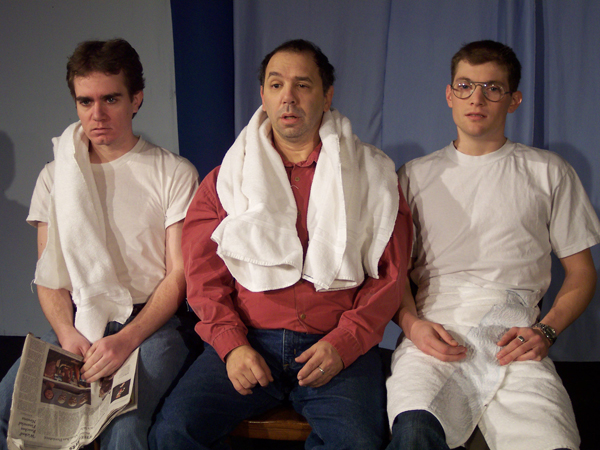 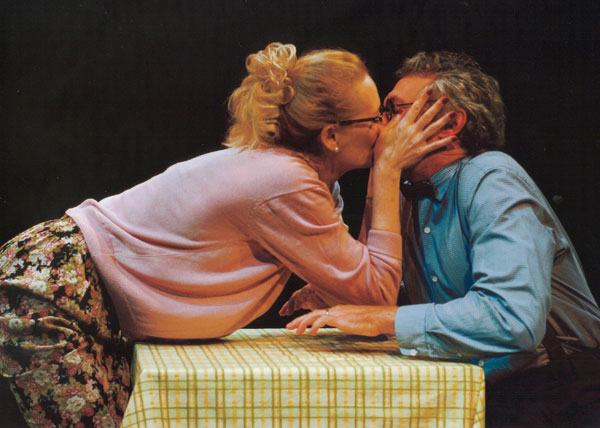 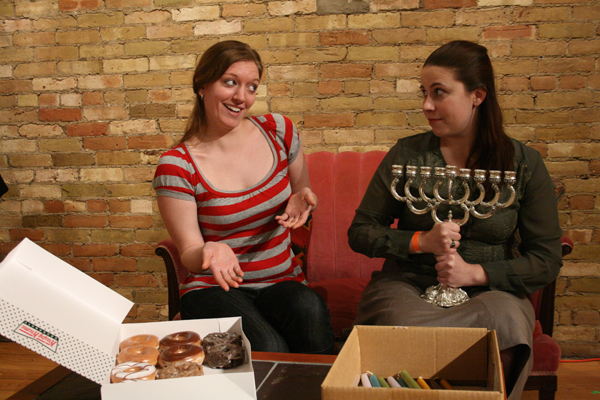 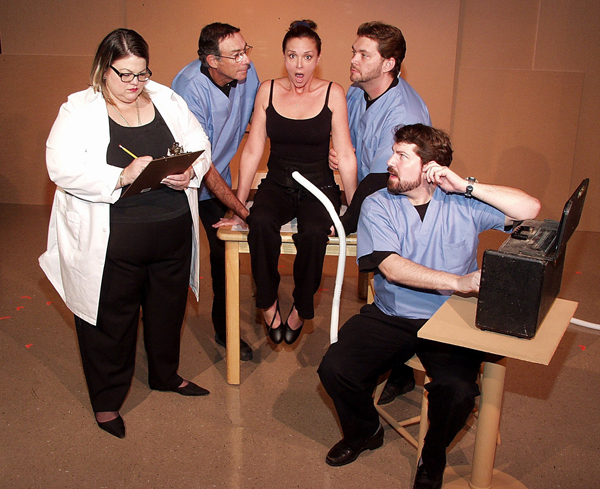