Chatting with the Tea Party

a documentary-style play
by Rich Orloff

“Illuminating.  Humanizing.  Memorable. You can’t beat this play by Rich Orloff for topicality.  He did learn interesting lessons.”
– The New York Times

“Eye-opening!  What makes CHATTING WITH THE TEA PARTY so engaging is Orloff’s reach across the divide.  Orloff has assembled a series of voices that illustrate not only our differences, but also our shared humanity.”
– Huffington Post

“One of the best scripts of the season, Broadway or Off.  Timely, powerful and refreshing, with some sharp humor.”
– Reflections in the Light

“Insightful and engaging.  The clarity and humor is a credit to the playwright.”
– TheaterOnline.com

“Compelling insights.  He’s trying, somewhat surprisingly, to humanize them.  And he succeeds.”
– TheaterScene.com

“Humor and wit abounds throughout the play.  Orloff has a gift for transforming philosophy into interesting dialogue.”
– Applause! Applause!

Beyond politics, there are people.

CHATTING WITH THE TEA PARTY is not an anti-Tea Party play.

CHATTING WITH THE TEA PARTY is not a pro-Tea Party play.

CHATTING WITH THE TEA PARTY will surprise people of all political persuasions.

A finalist for the Woodward-Newman New Play Award and the nuVoices New Play Prize, CHATTING WITH THE TEA PARTY is about a New York playwright’s journey beyond his comfort zone to learn about a group he doesn’t understand.  Based on over 63 hours of interviews I conducted with leaders of Tea Party groups around the country, plus notes I made at Tea Party meetings and events, the play goes beyond soundbites and stereotypes to explore the people behind the politics.

Nothing the Tea Party people say in the play has been made up.

Before getting its world premiere in New York City, CHATTING WITH THE TEA PARTY had readings at theaters around the country, getting such audience responses as:

at Gablestage in Miami:
“It’s a very important and impressive play.”
“You gave them faces.  It’s a journey to some nugget of understanding.”
“It’s very human; it’s very balanced.”

at Clockwise Theatre, north of Chicago:
“It made you think and it was entertaining.”
“I loved it.  It was an enlightenment.”
“I was a Tea Party person.  You did a good job; you were fair.”

at Florida Studio Theatre in Sarasota:
“I loved the humor and good will in exploring the subject.”
“We got to explore the human element we don’t see on TV.”
“I liked that it challenged my preconceived notions of who the Tea Party is.”

at Ensemble Theatre of Chattanooga:
“For anyone interested in the future of our country.  All types of political peeps should see it.”
(a self-described liberal)
“The play touches on various points in the American psyche; it was really compelling.”
(a self-described moderate)
“Thank you.  I thought you did an excellent job.”
(a local Tea Party leader)

at Playwrights Theatre of New Jersey:
“I was engaged all the way through.”
“very interesting and very balanced”
“I thought you did an excellent job.”
(all from members of Tea Party groups in New Jersey)

at WorkShop Theater Company in New York City:
“engaging along the way and thought-provoking afterwards”
“a very human message and a great universality”
“intimate and revealing, peppered with levity”
(a liberal crowd)

at Asylum Theatre in Las Vegas:
“For the first time I understand why the Tea Party has so much influence.”
“I’m really inspired by it; it opens up the dialogue.”
“It’s very relevant, and it will stay relevant.”

at Telluride Playwrights Festival in Colorado:
“surprisingly funny and moving”
“eye-opening”
“insightful without being ‘inciteful’ “

at Theatre Conspiracy in Fort Myers, Florida:
“a fresh perspective; I couldn’t stop listening.”
“For me this was more about human nature than politics.”
“It’s smart, it’s funny, it’s all those things you want in a play.”

at Theatre Actors Studio in Phoenix:
“You’ve created an intelligent play about a significant subject.”
“It asks the questions I want to know.”
“What you are developing is very important and can fill a huge void in the political noise.  You are opening a ‘Communication Bridge’.”
(Pat Shaler, vice president, Tea Party Scottsdale)

at Paradigm Access Theatre in Sheboygan, Wisconsin:
“It was thought-provoking, and more importantly, you humanized them.”
“It was very real, and it opened my eyes.”
“I think the humor is what made it.  It was a vital component.”

at Geva Theatre, Rochester NY:
“You understand the Tea Party mentality even if you didn’t agree with it.”
(a local Tea Party member)
“I really liked the play; it talks to how we talk to each other.”
(a liberal theatergoer)
“I thought it was extremely enlightening.”
(a local city councilman)

at Actor’s Theatre of Charlotte:
“Liberal or conservative, you will learn something.”
(a local Tea Party member)
“It’s a wonderful play; it’s a very courageous play.”
(a liberal)
“That was awesome.”
(a college student)

CHATTING WITH THE TEA PARTY is designed to be performed on a simple set by a cast of four or more (3 m., 1 w.), with one actor playing a liberal playwright on a journey… and the other actors playing multiple roles, including Tea Party leaders, liberal friends, historical figures and others. 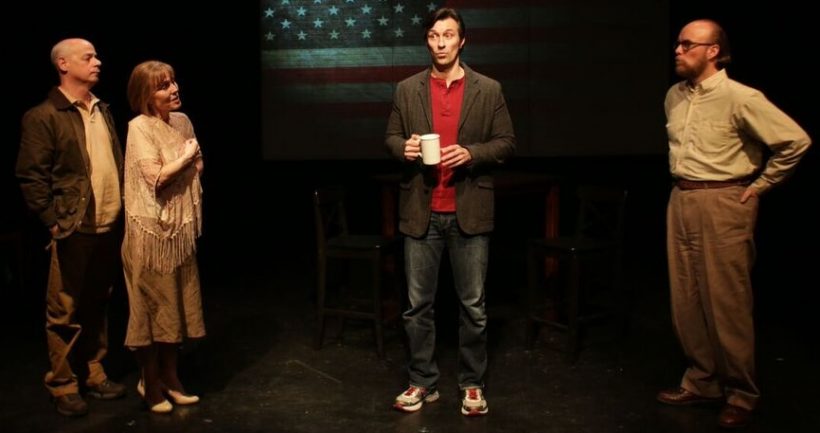 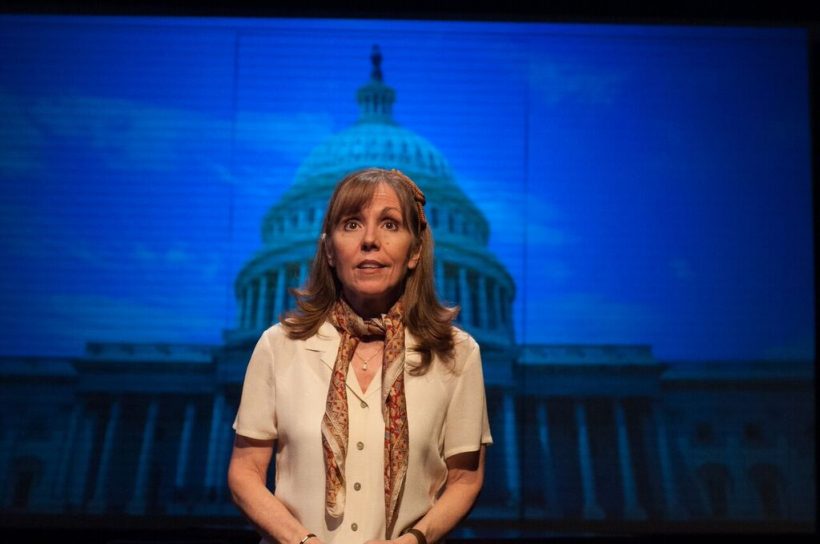 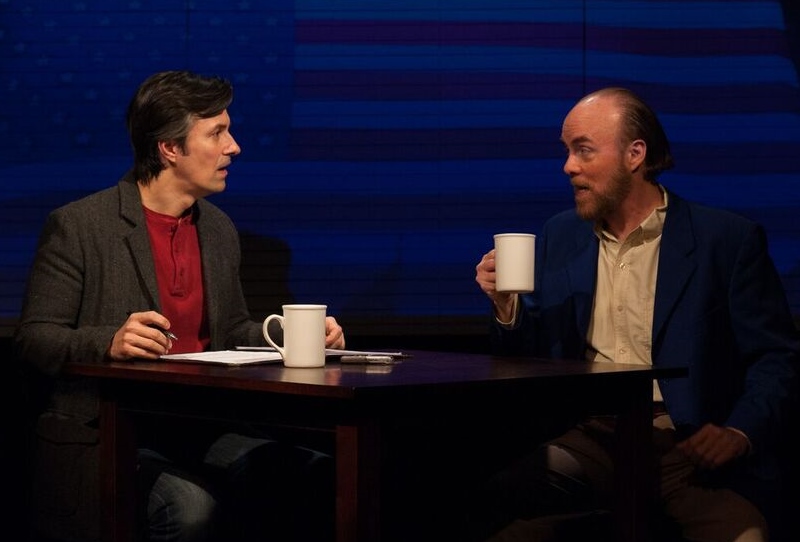 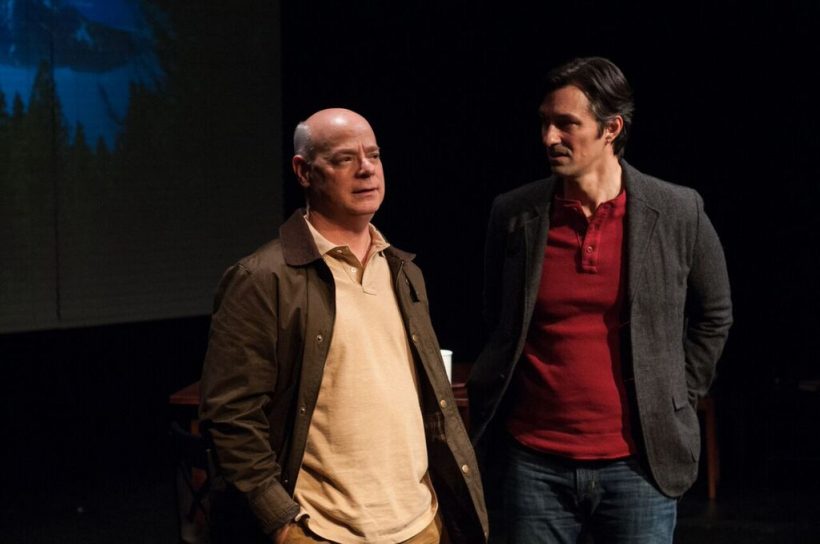 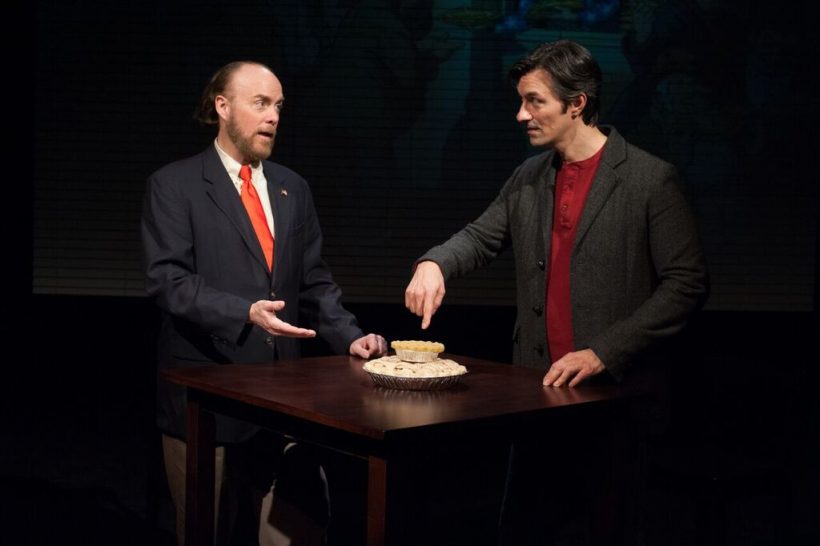 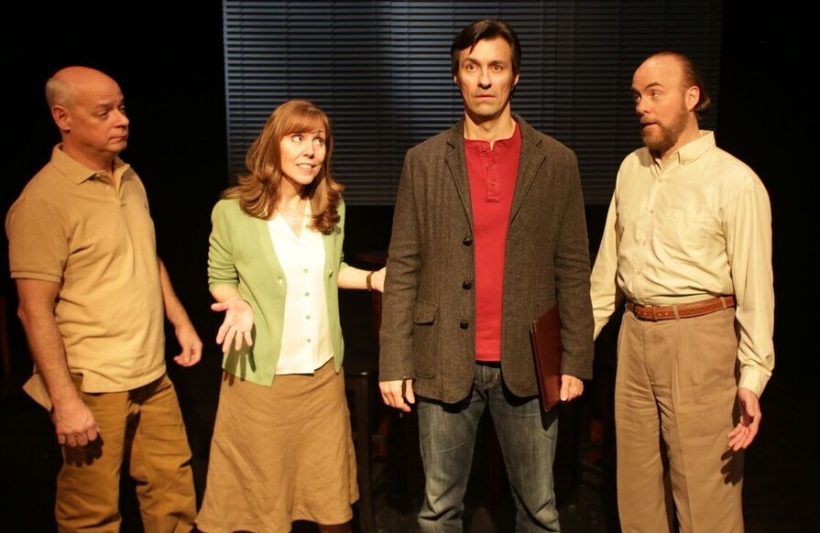 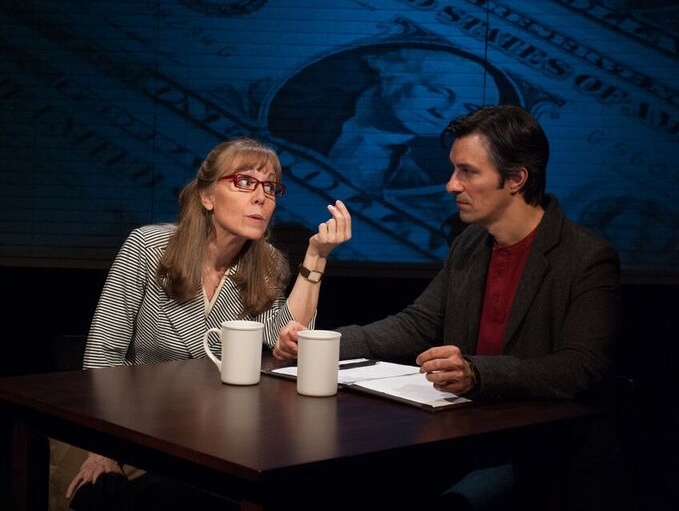 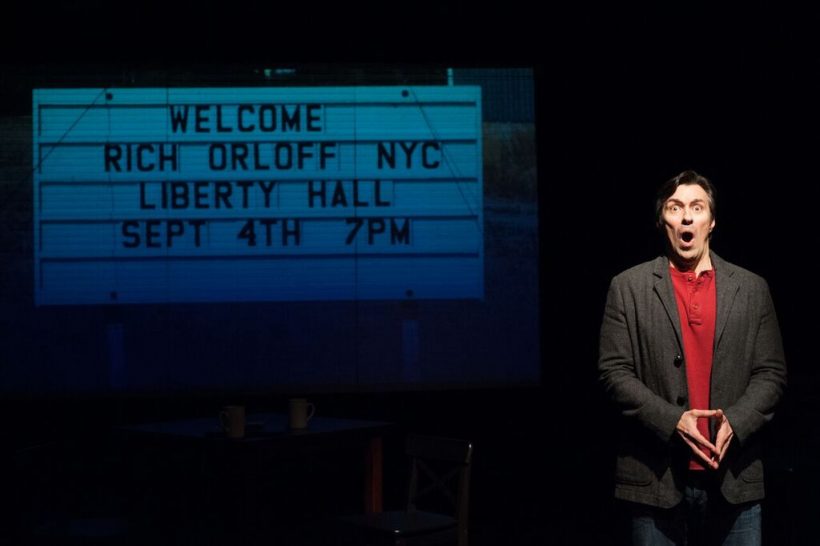